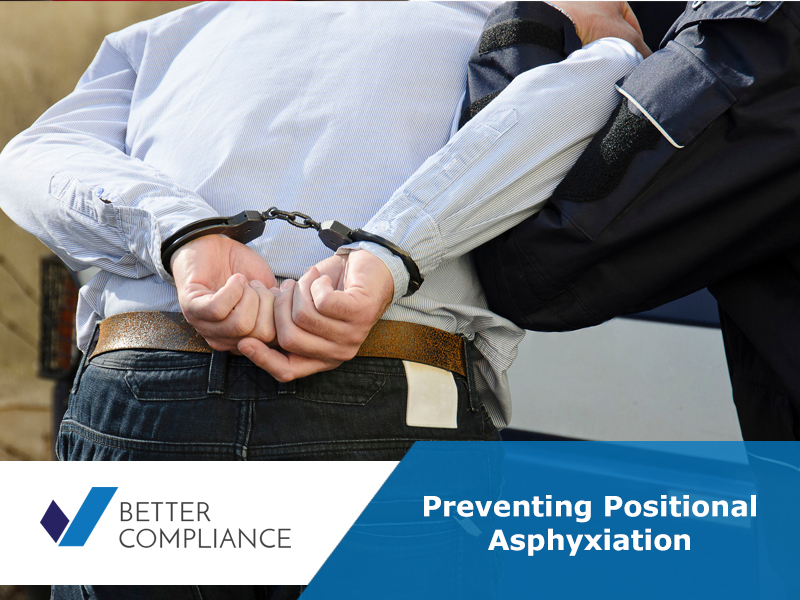 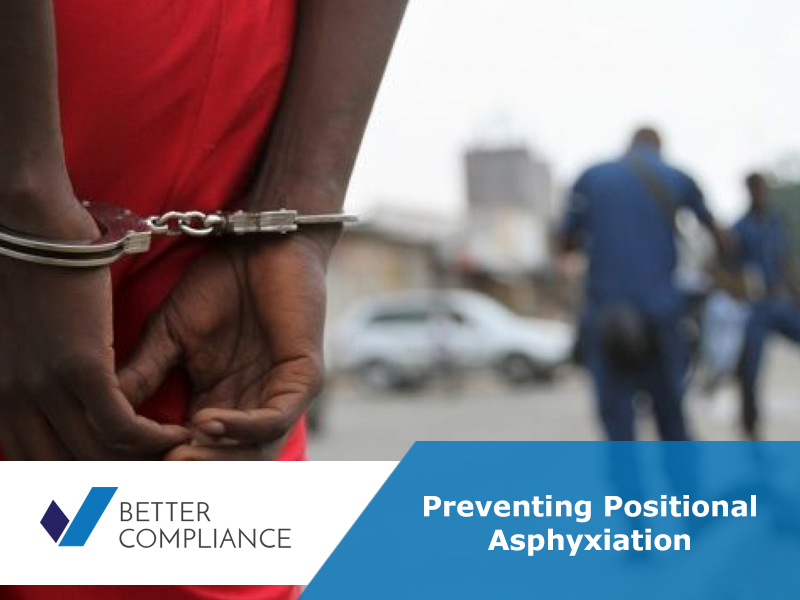 The tragic and unnecessary death of George Floyd in Minneapolis this week raises the serious issue, and consequences, of Positional Asphyxiation.

The purpose of this document is to ensure that managers recognise the heightened risk of positional asphyxia during restraint and are alert to the immediate emergency actions to be taken.

As managers you are ultimately responsible for your teams’ actions. This includes contracted security. You need to be aware of Positional Asphyxia and what you must do to prevent it from occurring.

There are techniques of restraint that have been associated with sudden, unexpected deaths. These are people who die suddenly during restraint by security staff, police officers, correction officers and health care staff.

All personnel must be aware of the potential dangers and take every precaution to ensure they adopt safe practice.

Positional Asphyxia (also known as restraint asphyxia) can be defined as obstruction of breathing because of restraint technique. It occurs when a person is placed in a posture that prevents or impedes the mechanism of normal breathing.

If the person cannot escape from the position, death may occur very rapidly if this is not recognised.

Death can occur from asphyxia or suffocation.  Its important note that any body position that interferes with breathing can cause death.

Furthermore, research measuring the effect of restraint positions on lung function suggests that restraint which involves bending the restrained person or placing body weight on them, has more effect on their breathing than face down positioning alone

Risk factors which may increase the chance of death include

A review of past tragedies reveals a “downward spiral” leading to the adverse outcome that is common to these cases.

The subject may perceive this hostile and fight even harder in an attempt to get relief.

The person may also be fighting harder because they cannot breathe and what is perceived to be increasing violence may actually be increasing desperation to stay alive. 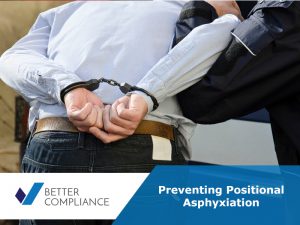 Recognising the Symptoms and signs

The first step in prevention is to recognise the risks. This will not eliminate the need to physically control some persons during violent or dangerous incidents but recognising the signs of danger and taking appropriate preventative action may help to reduce the occurrence of bad outcomes.

Managers should pay close attention to the following:

Security staff must recognise the risk of positional asphyxia occurring in the following circumstances and be prepared to respond to a medical emergency:

When a person is

Your team must take the following actions to reduce the risk of positional asphyxia occurring:

Staff must take the following emergency actions if positional asphyxia is suspected: